skip to main | skip to sidebar

I found this great slide show of John Francis Murphy's work on youtube. I did not make this video but thought some people might enjoy it. I know I did, enjoy! 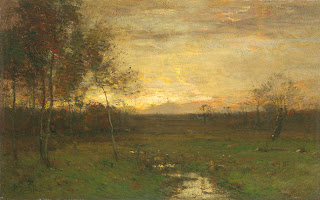 http://www.youtube.com/watch?v=nelQsm7AN5Q
Posted by Paul Batch at 6:31 AM 16 comments:

Now on Instagram and Tumblr! For more "in progress" pics follow me on either or both of these sites.

For Tumblr go to http://paulbatchpainting.tumblr.com/

Both sites are going to have a lot more images than I will post here or on my facebook page so if you are already interested in my artistic endeavors you might find it worthwhile to check out.

The image below is on Instagram but on a side note I really am enjoying working on Arches new paper for oils. So far it has been able to take an unexpected amount of abuse. 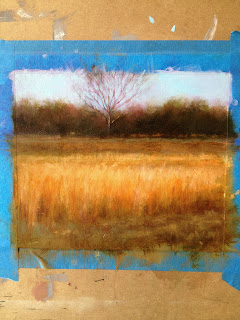 Just put the final touches on this piece last night. I've spent a lot of time lately revisiting older paintings and pushing them further. I'm pretty happy with the way this one turned out and am thinking about possibly making a larger version of it, but there's so much I want to paint I don't know if I will get to it or not. I wish I had incorporated more diagonals as I think it may be a little "stiff" but that's something I'll try and work out if in fact this becomes a larger painting.

If you are in Connecticut this will be at the PS gallery in Litchfield. Finishing up the framing for it today. 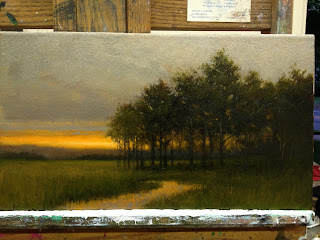 Ok, after not doing anything with this page for nearly 2 years I have decided to dedicate this page to my work with the landscape and use my other page for...well...a bit of everything I do. That said, I've posted a few fairly recent paintings followed by a short "step by step" as to how I approach a painting. Feedback and suggestions are always welcomed. 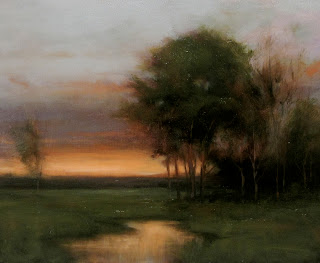 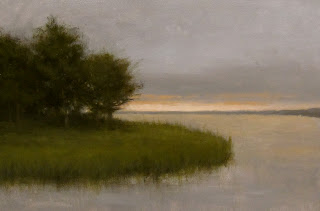 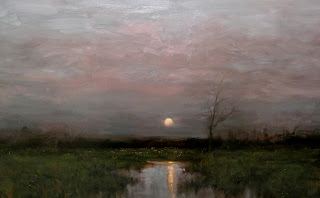 Dennis Sheehan. If you even mention tonalist landscapes, especially in regards to current painters, this guy is the man. I absolutely love Dennis' work and the influence definitely shows, maybe a little to much at times, in my work. I feel I was able to learn an awful lot by watching this video and wanted to share it with you. There's a few more of them floating around on YouTube, just type his name in the search box. Enjoy!
Posted by Paul Batch at 10:39 PM 5 comments:

I posted a long story of my relationship to with Stephen on my main Blog which I won't get into here. Here are some landscapes by Stephen Brown. Stephen loved color and his paintings are LOADED with colors. Stephen was able to sneak all kinds of colors into his paintings because of two things:
1. His values are spot on.
2. He "worked" the paint into the surface.
(I can show this in class better than I can explain it here.) 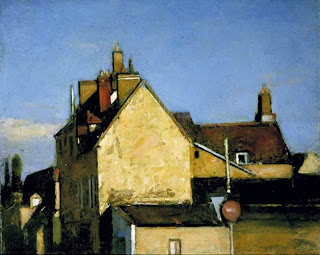 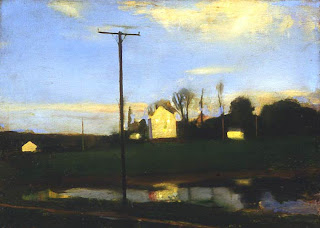 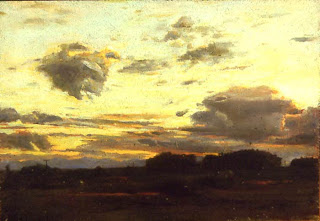 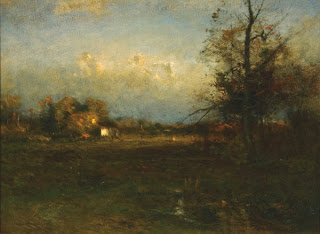 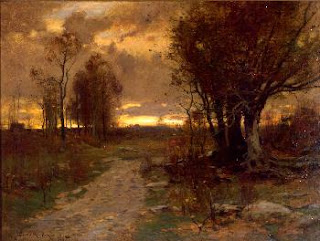 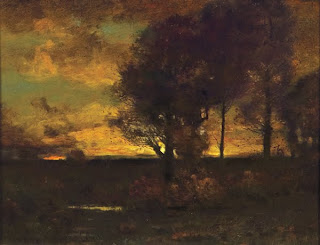 John Francis Murphy studied with George Inness. He's far lesser known but I think his paintings are just fantastic. I know that the museum in New Britain has one or two that I think are on permanent display, but it has been a nearly a year since I've been there. (It's so close to, I might just go today....anyway.) What I enjoy about the pieces of his that I have seen up close is the quality of paint, and his surfaces.
I saw one fairly small panel of Muphy's, shame on me for not remembering the title, that was dated over a three year time period. I'm assuming this was something that was lying around in his studio that he would work on, then abandon, and return to from time to time. There was no dramatic sunset, there was no "ooohhh aahhh" hook to catch your eye. I didn't even really care to much for the image. What I went "gaga" over was the layers upon layers of paint, the scratching, the removal and addition, the push and pull. The surface contained so much tension I was absolutely captivated.
I think my point here is that paintings speak on different levels. I'm well aware I'm guilty of making a pretty painting or two but I believe as artists we need to strive toward a certain sincerity in our work. I'm not there yet, but I'm trying.
Posted by Paul Batch at 5:35 AM 4 comments: